How to Optimize Campaigns to Reach Your Marketing Objectives

Running a digital media campaign is similar to cultivating a plant. You can keep it in relative darkness, in a shallow jar, and water it infrequently– it will still probably survive and grow. It won’t thrive, but it will probably grow.

Or, you can give it plenty of sunlight, expand its jar every once in a while, rotate it to make sure every side gets enough sunlight, change and enrich its soil, water it frequently and add additives to its nutrition. The results will be a thriving plant that will soon require replanting.

Running a digital media campaign is similar. It can ‘survive’ without constant optimization, but it definitely won’t thrive. We sat down with the head of digital media buying at a global marketing agency to discuss optimizing campaigns, and below. you’ll find ten important steps you should take if you want your campaign to flourish. Some of these steps can be repeated throughout the campaign for constant progress, while others are a one-time tweak whose importance is sometimes neglected. Other times, they are simply forgotten.

Here’s what you can, and should do:

Unless your client is Coca Cola, awareness, for the sake of awareness itself, should not be your goal. It might sound obvious to you, but it’s a mistake that happens all too often nowadays. Advise your client to have clear and measurable goals behind their campaign, like promoting a new product, a one-time sale or some cool CPA offers. Everything else is a waste of resources, both precious funds and even more precious time. 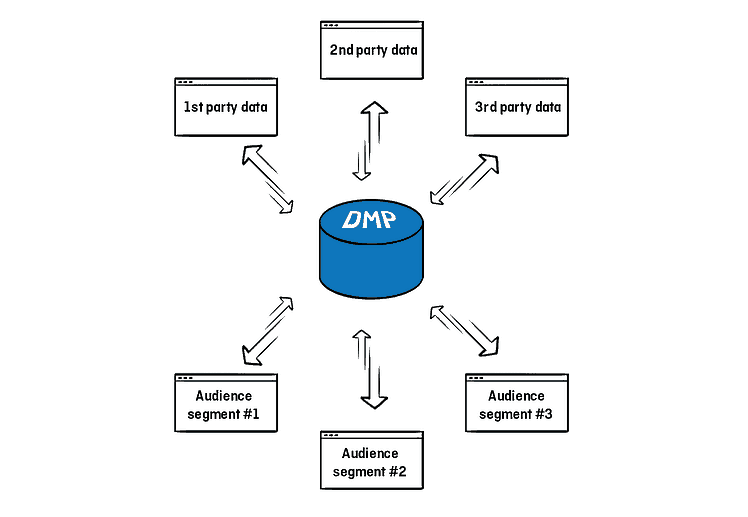 Researching your target audience’s behavior should be at the very top of your priorities list. Tools like Gemius, or Universal Media’s Wave are great to learn different patterns in your audience’s behavior. For example, an English-speaking audience uses YouTube as an education platform, focusing on How-To and Tips-And-Tricks videos. Others, despite wanting to use it for the same purpose, usually end up using it for entertainment, with the language barrier being one of the biggest obstacles.

Site visits are important, no doubt about it. However, knowing which group stays longer than others will make that subtle difference between a good and a great campaign. Monitor ATPUU (average time per unique user) and cross-reference this KPI with different groups and demographics. Another hugely important metric that sometimes gets neglected is the Affinity Index. Understanding the degree to which a target audience matches the entire population of an analyzed site/platform is crucial. Generally speaking, everything above the affinity index of 120 is considered good, although that can vary from market to market.

You’re a media buyer, you’re not in charge of building creatives. But if they’re not good, don’t hesitate to pull them out and request new ones. A/B testing is your alpha and omega here, your mother and father, your most important practice. As it turns out, the problem usually lies at the CTA, so if your campaign is underperforming, this is the first thing you should consider improving.

Designers know most sites are responsive nowadays, so they build creatives in various formats, but they rarely cover everything. There’s so much room for improvement here. First, desktop computers have a different resolution than laptops or 2-in-1s, and not paying attention can break the site on these displays. Then, resolutions on smartphones have never been as diversified as today, and many people opt for the mobile browser instead of a mobile app. This is a great and often neglected part of campaign optimization.

On a similar note, one thing media buyers sometimes forget is the fact that all campaigns need constant optimization. Keyword strength changes by the hour and some sources can quickly lose their value, with others taking their place. Using advanced keyword tools, as the one SelfAdvertiser has on offer, will be very useful in these situations. Another important tool is bidding per geo. It is one of those campaign optimization features that feel like a Porsche, but are usually used like a Fiat, so make sure to read up on how to properly diversify your geo campaigns.

Three weeks is the absolute maximum for a single creative solution. You should look to change creatives every fortnight, up to three weeks only if necessary. Keeping an ad running for more than three weeks puts the entire campaign in jeopardy, as at this point, banner blindness becomes a reality. People start seeing the ad as part of the site they’re visiting and completely stop paying attention.

Always Set Up a Frequency Cap

A single ad, especially a single creative, should not be served to the same person too many times. If you do that, you’re risking being boring and annoying to your audience, and you’re also risking banner blindness. This may vary from market to market, but the general conclusion is that you should serve an ad to a visitor exactly four times. The first time, the ad will be ignored. The second time they’ll notice it. The third time they’ll find it interesting but not enough to click, which is what usually happens on the fourth serving.

Retargeting is an extremely important element of campaign optimization, but if you serve the same creative to the same individual after they’d gone from the site, they’ll most likely think you’re ‘stalking’ them around the web. Offer fresh creatives with different CTAs. Usually, offering a special discount or sale works best. Also, carefully consider timing. You don’t want to retarget your visitors as soon as they leave your site. Time it so that they see the new ad in a day or two, but not more (you don’t want them to forget about you).

Especially when it comes to retargeting. The GDPR (general data protection regulation), is an EU-drafted document that aims to regulate how companies use, store and share user data. It will come into force in May 2018 and will have profound, the global effect on everyone doing business online. Sites like Booking.com, who rely heavily on user data to run their business, are expected to be most affected. After all, such sites will have to thoroughly redefine their approach to user data if they want to keep operating, and not risk fines (which are huge, by the way). As GDPR is quite an extensive topic, don’t hesitate to learn more about it.

Optimizing campaigns to reach your marketing objectives is not a one-time endeavor. It is a constant process of testing, executing, analyzing, brainstorming, rinsing and repeating. It is much more than choosing the right keywords and ditching those that don’t convert. Being on the same page with your client about their goals, understanding your audience, keeping creatives like drops of rain in the palm of your hand, as well as keeping a close eye on the latest trends in the industry. These are all important steps you must do to make sure your campaigns are optimized. Implement the tips listed above and we are certain your campaigns will pass with flying colors.