If you think it’s time for your Push campaigns’ ROI to start booming, this interview is exactly for you. High intent users, relatively low bid prices and a huge amount of traffic, are only some of the reasons why Push campaigns are so popular.

In the following interview, you will get a glimpse of a profitable Push campaign by one of our clients, a well-known home security brand. After running a Push campaign, for a period of two months, they described how they used our Multiple Creatives Tool for optimization, and how it helped them reach 115.75% ROI.

Q: What was your strategy for running this campaign?

A: Our first step was to choose the best creatives set. We believe that running a successful push campaign is all about the level of engagement your creatives can provoke. We wanted to catch the user’s attention, so we wanted the title to be a best-seller. In general, we believe that the title should be directly correlated to the product so that the user already understands which product is being referred to.

Q: Why did you decide to use the Multiple Creatives Tool?

A:  We decided to use the Multiple Creatives Tool because we wanted to raise the chances of the user clicking on the ad and also a/b test our creatives. From our end, we tried to come up with the best creative set, but we also wanted to try some other ones that might work well, so we decided to use multiple creatives for this campaign. We tried different images but also different texts, especially because in mobile push notifications the text and icon are first to be displayed. That means that the text and icon will determine whether the user will click the ad or not. These are some examples of the creatives we used: 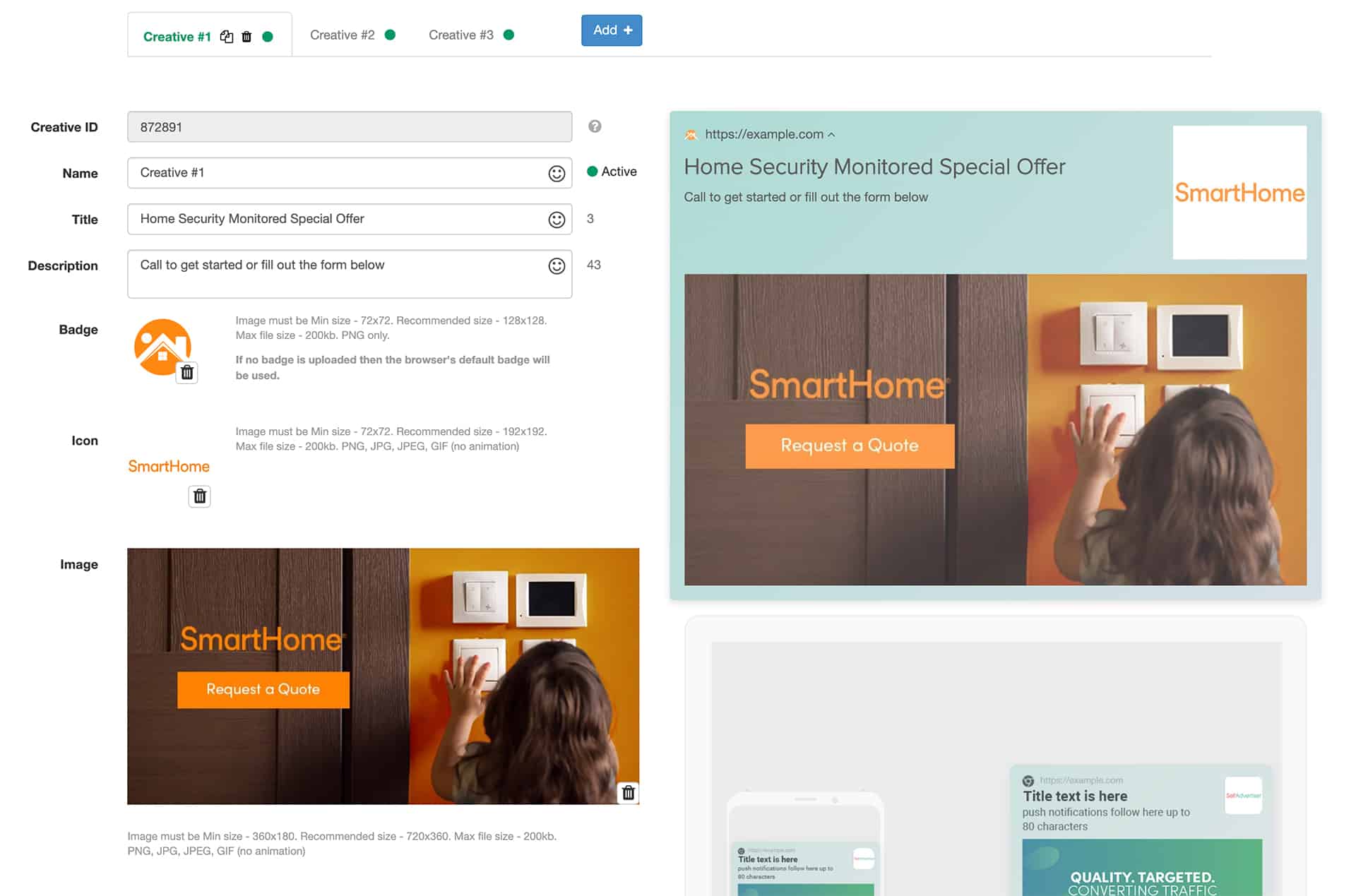 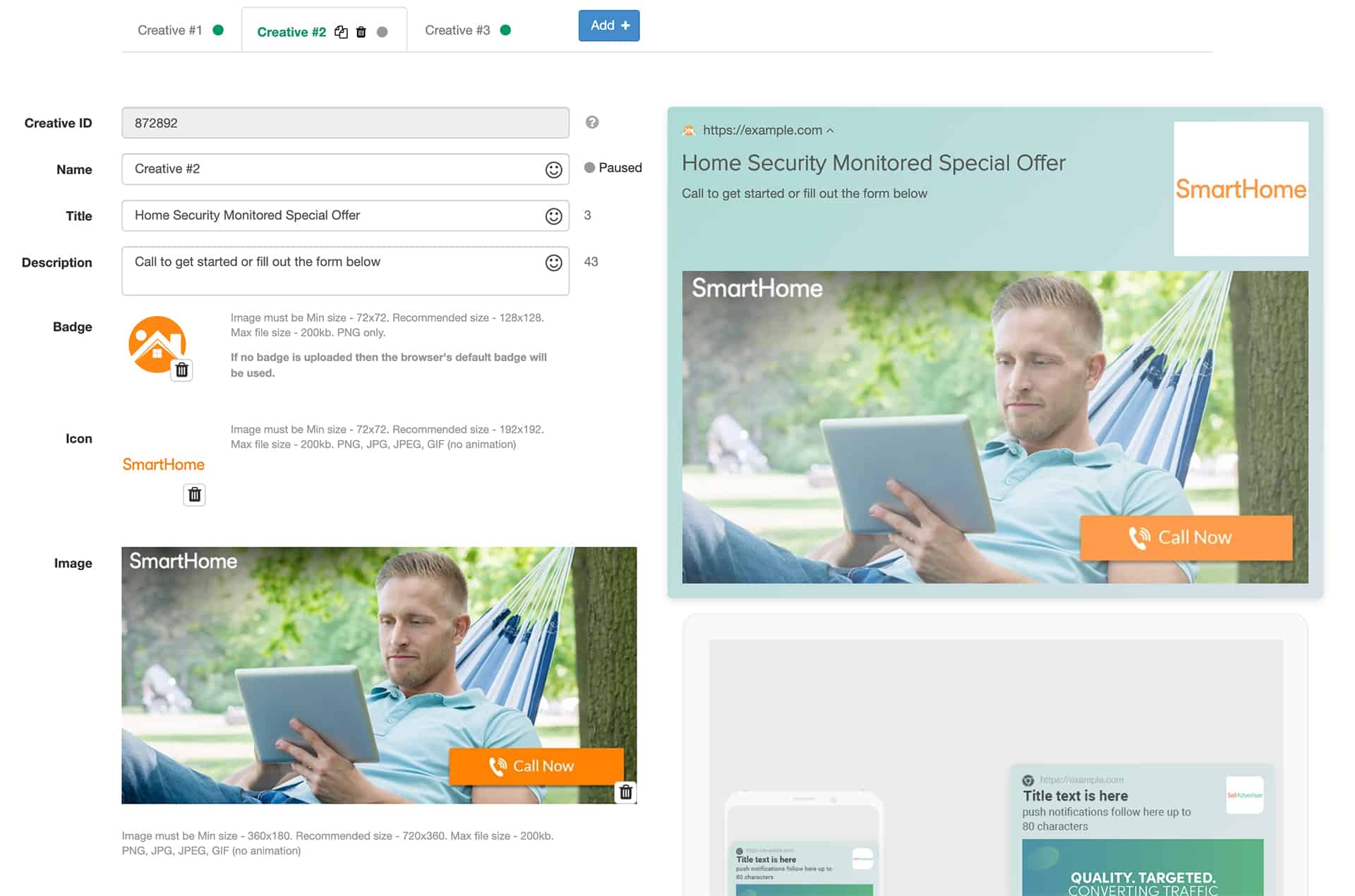 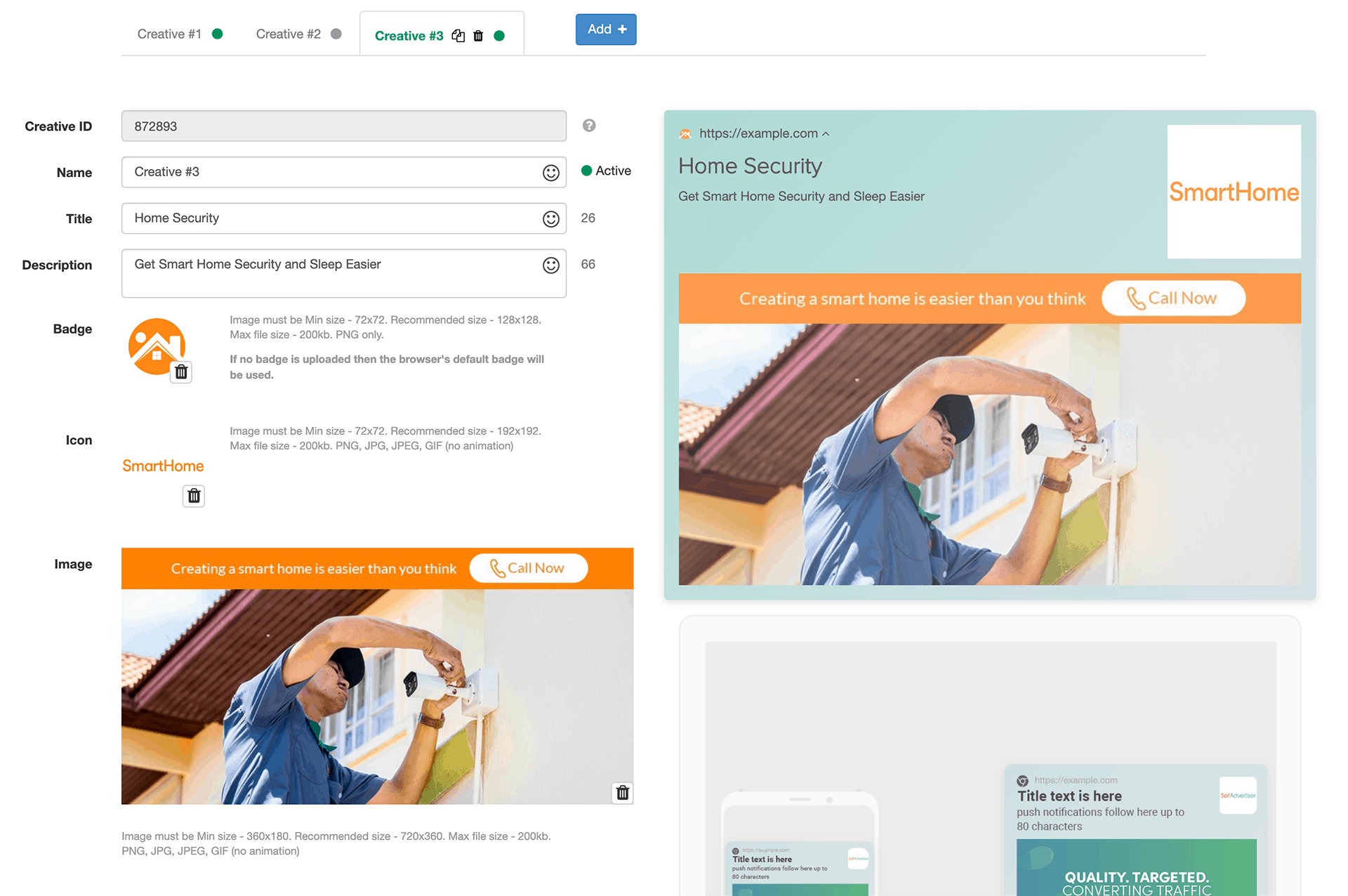 Q: How did you optimize your creatives? 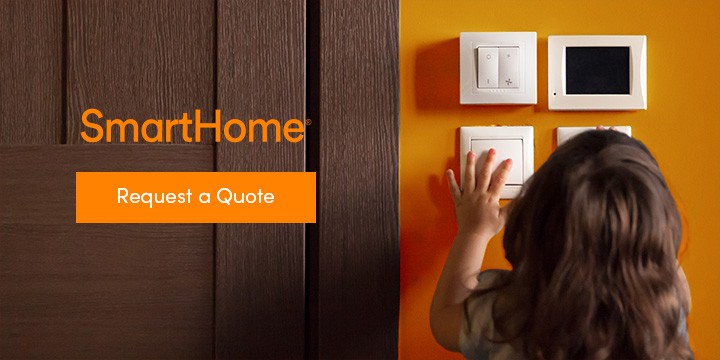 Q: What were the results of your campaign?

A: The multiple creatives tool made this process very easy and effective. It absolutely changed our results. We got a total of 137 leads. We were able to use different types of creatives simultaneously and compare their performance on a daily basis.

Q: Sounds amazing. Any advice you’d like to send to our readers?

A: I would say “don’t rely on your intuition only on things that have worked before. Try out new creatives (yes even those that you think stand no chance), and optimize! The Juggler is definitely here to help”.

If you too have a case study you think is worth publishing – send it over to support@selfadvertiser.com and get an awesome treat on us!