Cut The Worst, Turn a Profit: A Campaign Optimization Guide

There are so many different tools and techniques for campaign optimization these days, and I’ve tried what seems like thousands of them. It really comes down to understanding the numbers behind your campaign, which elements are performing strongly and which are dragging you down, and how to handle that data in your strategy.

I realized some time ago that it doesn’t work well to cut placements too early on in the optimization of a campaign. I might get an ok ROI but I was making pennies. So I came up with this method. That said, the method I’m outlining here is very effective in many situations. The idea is very simple. All the low-performing traffic, offers, targeting parameters and other weak elements are just dragging your numbers down.

So for this method, basically you go through your campaign and cut out the weak elements one by one. Once that’s gone, you’ll be left with an effective, focused campaign. You’ll be amazed by how your profits soar when you stop wasting your time and money! You need a high number of conversions to generate enough data to make these cuts, so it works best with low-paying offers.

I’ve had great success with this technique, and you can too. I’ll take you through it step by step.

We need to make sure we can actually make money with the traffic we’re buying. First, off the bat, fake traffic from bots has to go. I start by running a bot test. If I find anything with more than 75% bots, I drop it. Yes, it sounds pretty unambitious, but the key to this strategy is to only cut the very worst. Based on the traffic profile you might even increase the limit to 80% or 90%.

There’s no hard and fast rule to where you should draw the line here, or where to cut poor traffic in general. Just check the numbers and cut out the bottom on a case by case basis.

Now, to figure out whether your legitimate traffic is profitable, you need to check your prices per click against the conversion rate and get rid of any traffic that’s too expensive to turn a profit. For this, you need to know how your offer performs and what conversion rate to expect. Then you can make a rough estimate of your EPV (earning per visit). Let’s say I have an offer that converts at 1:100 with a $1 payout. For it to be profitable, I should only buy clicks that cost less than 1 cent ($1/100).

However, this might not be the end of the story. I might have ways to increase the CVR by optimization or finding better offers. In this case, I don’t need to cut off at just 1 cent. I can actually go up to 2 or even 3 cents because of I that with this standard I will be making better conversions. Now I need to go through the click-through rates for all my ads. If I have any that are more expensive than 3 cents, I’ll remove them. Keep in mind that this phase is not about finding your best landing page or offer. You can find winners later on. For now, you’re just focusing on the worst-performing traffic, getting rid of bot traffic and low CTR’s. 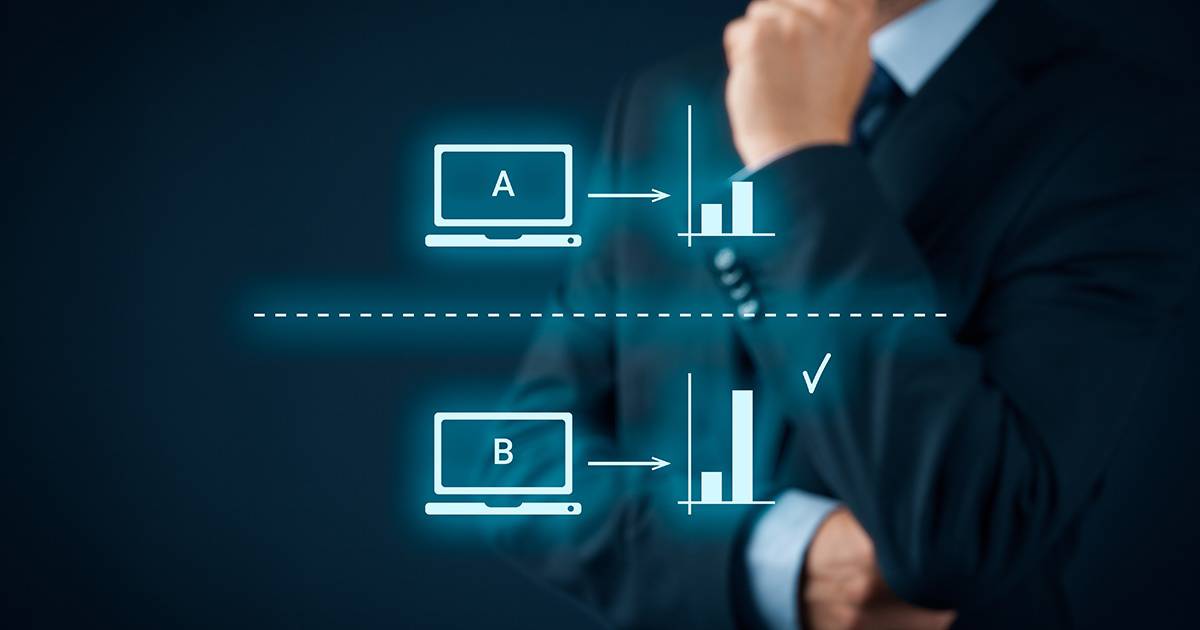 Step 3: Get rid of low-performing offers and LP’s

At this stage, the traffic is mostly legit and none of my clicks are too expensive. Now I’ll start looking at the offers and landing pages and get rid of the ones that perform the worst. Again, you need to have enough rough data to figure this out – enough conversions to see real patterns. How many is enough? It depends on how they’re distributed across your LP’s and offers. Sometimes a clear winner will pop out, like 15 to 5 after 20 conversions, but sometimes it won’t be so clear. If you’re seeing fuzzy numbers, like 12 to 16 across those 20 conversions, you’ll need to let it run longer.

But remember, you’re not looking for a winner here. It’s still about finding the clear losers. As you eliminate the bad eggs, hold onto at least two offers and two LP’s that are performing at a similar level. Once you have them, let the campaign run for a while. Collect data just for those LP’s and offers that are worth your investment.

Now we’re in the homestretch. I have had multiple conversions for all the LP’s and offers I’m still running. Now I need to look again at the data and – you guessed it – get rid of the worst elements. Don’t panic if you’re still in the red! It’s no problem at this stage. However, you might already start seeing a profit here. In the next phase, you can start by cutting whatever targeting parameter you want, except for the placements. I learned the hard way that this lowers your traffic and revenue, so save them for last. Go one by one and cut out the really low performers.

So how do you decide which targets to cut? They should be much lower than the others, stand-outs that are dragging your numbers down. For example, let’s say Android has given you 20 conversions and iOS just 15. It’s not dramatic enough – keep iOS. But if Android made 10 conversions and iOS only one or two, then you should cut it.

You need to dig deep into your data. Look for interrelated signals between your targets. Is iOS making low conversions? Check WiFi vs. 3G for iOS. Maybe you will see that WiFi is performing ok with iOS but 3G hasn’t made conversions. In that case, you can retain iOS but not 3G iOS. Don’t see a difference between 3G and WiFi? Maybe there’s a browser type that’s bringing down the CVR. Once you find the problem element, cut it!

You won’t always be able to specify your targeting at this level. For example, you might only be able to target 3G for the whole campaign or not at all. In this case, try cloning the campaign. You can target Android in the clone and iOS in the original one.

When you’ve used all the targeting options, only then look at the placements and cut the ones that aren’t working. This should always be your last step, and now your campaign should start turning around. Once you’ve done this, let it run. You should quickly be seeing some green in your accounting. If you’re not already turning some profit or getting close to it, your offers, banners or LP’s just aren’t good enough. You’ll need to find better ones or improve them until they turn profitable.

This process is all about trimming from the bottom up. Hunt for the worst and keep the average and up running for now. You’ll stop wasting money, and your campaign will perform much better. Every time you cut something, make sure to run the remainders and look at the data again after some time. This method isn’t the only one I use got campaign optimization but it’s one of my favorites for low-paying offers. Any questions? Experiences with this method? Let’s hear it!