Hit A Glass Ceiling? The Best Alternatives to AdWords

There comes a time in every high-caliber affiliate marketer’s life when AdWords simply does not trigger growth anymore. That point in time, that ‘glass ceiling’, can happen for a number of reasons. Sometimes, increasing your budget no longer helps you scale.  At other times, finding new and relevant target audiences becomes more difficult. Once you get to these roadblocks, it is only logical to start considering alternative solutions, and that’s what we will be discussing here.

Below you will find details on four AdWords alternatives you should definitely consider. Advertising networks, Facebook, Bing, and LinkedIn are awesome solutions, each with their own advantages and disadvantages. We will break down each, see what they have to offer, weigh in on pros and cons and, hopefully – help you find the best alternative for your business.

The first and (dare I say) logical solution is to consider advertising networks. With advertising as their core business, ad networks invest a lot of effort in discovering affiliates’ pain points and working around those to offer a well-built solution. They usually offer competitive prices and a solid reach. Let’s weigh in on their pros and cons:

As a business that connects advertisers to web sites that host ads, networks have the potential to reach hundreds of millions of people on a daily basis. Ad networks work with different ad sizes and formats, allowing affiliates to play around their strengths and showcase their creativity.

Different businesses and affiliates have different budget sizes and preferred payment methods. Being able to offer a wide variety of options greatly helps these professionals, which is one of their biggest strengths.

Generally speaking, ad networks can be cheaper than working with AdWords or directly with other sites. The sheer size of the network and the fact that it offers a wide variety of ad sizes and formats allows affiliates to find the most appropriate solution.

The biggest fear affiliates usually have with ad networks is the fact that they can’t fully control where their message will appear. Having it appear next to inappropriate content can be somewhat unfortunate. However, ad networks are constantly monitoring their partner sites so these cases are becoming increasingly rare.

If affiliates hire multiple ad networks, there is a slight chance of the same ad being served to the same audience multiple times. However, this problem only occurs when working with multiple ad networks at the same time, and even then it is a rare occurrence, as it is something networks pay a lot of attention to. Still, it is easily avoided by reducing the number of ad networks in operation at any given time.

Besides ad networks, affiliates can also look for a top affiliate network or consider approaching some of the biggest websites in the world at the moment, including Facebook, Bing and LinkedIn. With a huge audience, and advertising as means of monetization, these sites can be a great alternative to AdWords. Let’s take a look: 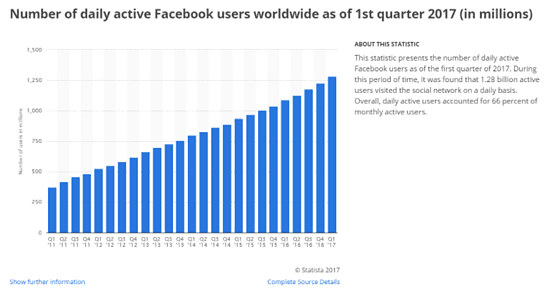 According to Statista, in the first quarter of 2017, Facebook has had 1.28 billion daily active users. They accounted for two-thirds (66 percent) of monthly active users. That is a huge active user base, which means the reach for any advertising campaign can be enormous.

Every mega affiliate knows the importance of successfully targeting specific target audiences and buyer personas. Facebook has taken this approach to the next step, offering affiliates the ability to target people based on their interaction with the content of the site (page likes, content shares).

One of Facebook’s big advantages is the possibility of setting up the minimal daily budget as low as $1. Not that it is highly useful to the majority of high-caliber affiliates, but just the fact that such a feature exists speaks a lot about the flexibility of the service and the opportunities that come with it. 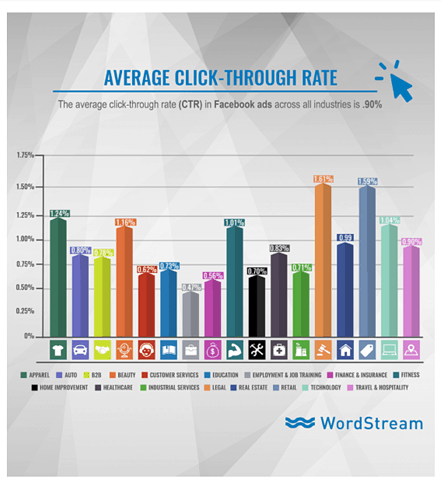 The average click-through rate for Google is 3.16 percent, according to Ad Hoc Marketing. Facebook, on the other hand, will hover between 0.47 percent and 1.61 percent. Obviously, CTR is largely dependent on your creativity and optimization strategies, but these stats are based on a fairly large pool, so we can take them as very relevant.

Make no mistake – Facebook Ads is a demanding platform. Without extensive knowledge of how it works and how to optimize your campaigns, it can easily become a bottomless pit, eating away your budgets and giving very little in return. It will require you to be vigilant at all times.

Enormous reach won’t do you any good if you’re reaching the wrong audience. Facebook boasts with the ability to target certain groups with filigree precision, but if these users are giving misleading information – that precision is worthless.

As the world’s biggest social network, Facebook is faced with a lot of fake accounts. Those include duplicate accounts, accounts set up for businesses (as opposed to a proper business page), and simply fake accounts, created for whatever reason.

Facebook won’t tell us exactly how many fake account it has, probably because it doesn’t know. Five years ago, the media speculated it was almost 10 percent. Most recent news tell us that Facebook is improving its detection technology, which could signal that fake accounts have become a pressing concern.

In the States, Microsoft’s Bing has a search engine market share of more than 22 percent. That’s almost a quarter, meaning every fourth internet user in the States uses Bing. Put into perspective – that’s more than 65 million users. It’s a considerable amount – one which should definitely not fly under the radar.

Research has shown that the average cost-per-lead on Bing is 6 percent cheaper than AdWords. That means a lead is probably cheaper coming in through Bing. Microsoft’s search engine also tends to offer higher positions, which can sometimes be crucial in the quest for more visibility.

Ad description on AdWords is 35 characters, which means you have to be really creative to fit a cool message in a quarter of a tweet. Bing allows up to 71 characters (about half a tweet), giving users more freedom and flexibility.

With a 22 percent share it might be solid in the States, but looking globally, it’s still eating Google’s dust. Worldwide, Bing has less than eight percent share, while Google sits at its 78 percent throne.

Cost-per-click might be cheaper on Bing than on AdWords, as well as impression costs, but at the end of the day – the CTR is lower as well. Depending on the type of the campaign you’re running, this might be a severe disadvantage.

Negative keywords work differently on AdWords and Bing. AdWords will allow broad match negative keywords, which is a feature not supported by Bing. That can create conflicts, and affiliates can often be greeted with this message when trying to migrate campaigns:

LinkedIn is a very specific network with a very specific audience. This allows affiliates to zoom in on target audiences in a way that’s virtually impossible on other platforms. For example, affiliates can target people based on their current job position.

Being a business platform, LinkedIn is filled with business pages and business people, many of which come to the site to be informed and learn something new. In such an environment, placing a B2B ad feels much less intrusive than placing the same one on Facebook or Google.

The biggest con of LinkedIn as an ad platform is the fact that it feels much more basic in terms of features, compared to AdWords or Facebook. There are no custom audiences lookalikes or remarketing.

Some features, like the ability of uploading email lists or direct sign-ups for leads, are available – but only for those that want (read: can afford) a custom tailored program. Some might consider this a good thing, as the platform is stripped to its essentials, but for mega affiliates, it is definitely a con.

LinkedIn is a niche site, with a specific audience. It knows it, which is why it offers advertising at a premium price. Average cost-per-click is $6, and the minimum daily budget is $10. That’s much higher than the competition, so weigh its advantages carefully.

Ever thought about another ad network?

Don’t be fooled though – these alternatives are a great supplement, but there should always be room for a solid ad network. In that case you might want to consider SelfAdvertiser. It’s fast and simple, offers formidable reach, competitive prices and flexibility.

Its ads accumulate more than two billion daily impressions, enough to reach even the tiniest of audiences. Just like Facebook, it has highly flexible budgeting options, allowing affiliates to set virtually any budget as they see fit. Unlike the abovementioned alternatives, SelfAdvertiser offers a wealth of ad types, giving affiliates more freedom in choice and consequently – more room for creativity.

All of that is rounded off with advanced, detailed analytics, and the possibility to tweak campaigns on the go.

Affiliate marketing is basically a limitless, boundary-free business model. The only thing that is stopping you from growing your business and earning even more is your own lack of imagination and the fear of trying new things. Adwords is a great tool, and by no means should you stop using it altogether, but it is not a one-size-fits-all solution. None of the tools mentioned here are. Expanding the tools you use, and finding those that best address your current challenges and roadblocks is the best way to grow your business. It is time to shatter that glass ceiling and continue growing, today.