Scaling your budget is like building a house of cards: you do it slowly and gradually. It’s not easy, but nothing worthwhile ever is. What’s worse is that there is a number of myths that are, quite frankly (and excuse our language), BS.

They do more harm than good and steer marketers in the wrong direction, dooming them before poor souls set up properly in their office. Just like it’s important to know the difference between ad network vs ad exchange, so is separating fact from fiction when it comes to budget scaling. With this post, we debunk the five worst offenders.

Perhaps the most common myth related to budget scaling is that you will see far better results if you simply spend more money. We can see how that could make sense in theory, particularly given the fact that this myth adds an accompanying time factor that “speeds up” the process and produces results overnight. Going by the same ethos, once you implement a few cuts here and there, you can expect a weaker performance in a blink of an eye.

However, the reality is a whole different story. Having a bigger budget doesn’t necessarily improve your advertising efforts, especially not while you are getting some well-deserved shut-eye. Your success depends on a variety of factors, least of all which adhere to the relevance of your messaging and the ability to target the right audience. It’s far too easy to confuse money with instant success (or failure). When it comes to media buying, money plays an important role, but it’s not a one-man show. You need to think what that money enables you in terms of a campaign’s relevance, multiple targeting options, keywords, and much more along with the financial aspect. 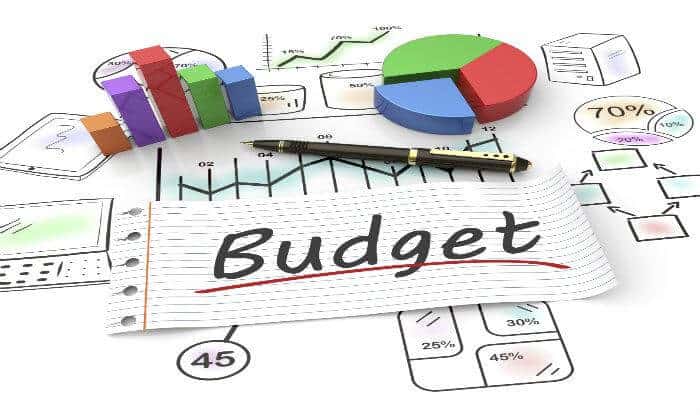 When setting a budget, it is paramount to make sure it’s big enough to meet your goals, especially for a recurring campaign. For a lot of marketers out there, not investing and allocating enough money means losing opportunities to make money. It’s a logical move, after all: once you increase your budget, you seemingly open the door to more options and choices. The trouble is, this is not an automatic motion. Setting autopilot mode budget-wise doesn’t automatically yield the increase in performance you want because things change. On the contrary, it can cost you more than you realize.

Shuffling the budget up or down may improve your performance to an extent, as long as you optimize it regularly. Let’s say you are trying out a new publisher and are bidding reasonably high on a big budget. If the traffic turns out to be low quality, despite lots of impressions, you’ll lose money by default because you’ll keep bidding on low-quality traffic that doesn’t convert. Until you notice the bank ran dry, the campaign will practically be useless to you. By limiting your budget and keeping an eye on it, you protect yourself against high costs and potentially catastrophic losses.

3. Scaling a Budget is Hard

Of course, it is, if you listen to the wrong people or follow the wrong guidelines. Widely popular opinion is that scaling a budget is hard on a math level like it’s nuclear physics. It’s not, especially when you have the right platform to back you up. Take SelfAdvertiser as an example. You can set a daily budget that automatically pauses a campaign when reaching its maximum limit. There is a feature called the Daily Budget per Source that enables you to set a maximum daily budget you want to spend on a single source, allowing for more flexibility in scaling and expense control.

On top of that, our self-service platform provides a dedicated hands-on support team that’s readily available to offer assistance should you require it. The help is not limited to budget-related stuff, but also includes other in-depth topics such as which programmatic advertising mistakes to avoid, how to optimize campaigns, and so on.

Setting a daily budget on SelfAdvertiser

With the right “tools”, scaling a budget (and sticking to it) shouldn’t be a problem for anyone, least of all successful marketers.

That’s just plain BS. The reason why you think you can’t afford to scale is likely due to the fact you’re not doing it right. Costs increase as keywords become more broad or generic; more competition means more work and thus less time; there are always extra costs, and so on – these are just excuses.

Maybe you “can’t afford it” because you are trying to do so on the only platform you know and stick to the same traffic over and over? Maybe your conversion rates are neglected or you have trouble separating outperforming keywords from the lousy ones? Maybe you start big instead of small and expect results in a day? Whatever the reason, you CAN afford to scale your budget if you do it by the book and not just for the sake of it. Budget scaling can be expensive only if you let it.

You don’t need a big budget to be competitive, especially if you’re in a small(er) niche. As we’ve previously pointed out, more money isn’t an instant fix for your solution. There’s plenty you can do within the constraints of your existing budget. The key is to work with what you have. For instance, approach your keywords differently. Instead of using broad matches, switch to long-tail keywords.

Let’s say you are selling clothes and a new collection of shirts has just arrived. Targeting “shirts” won’t yield many results, but targeting specific keywords like “cotton long sleeve shirt”, which retain high levels of relevancy, could show an increased conversion rate. Sure, your CTR may not be as high as before, but you’ll get more quality conversions because you are targeting audiences genuinely interested in your product.

As humans, it’s in our nature to remember and share myths. It’s all fun and games until the bill mails in. Then, it’s a soul-crushing affair to see a campaign backfire so hard you start questioning how good you are at your job. You spend more money, the costs start to climb while your ROI starts to nosedive and you end up resigned and confused, all because you believed these false truths. If you want to stay on the right side of myths, remember these five ones and steer your business away from them.